Living a healthy lifestyle has become a preferred way of life for many individuals across the world. As a result, people are going for healthier alternatives to common food.

This has resulted in a dramatic increase in the use of dark coloured rice and quinoa instead of the traditional white rice. It’s common to see people going for brown bread, quinoa oats and brown pasta in a bid to stay healthy.

One question we have to ask ourselves is whether there is a lot of difference between these three grains. Is there one that is superior to the rest? Is substituting one with another, really beneficial?

Keep reading to find out the real facts about white rice, dark rice and quinoa.

White rice is the most common and affordable rice sold in stores across the world. It is also gluten free.

However, white rice is highly refined and polished which dramatically reduces its nutrient levels.

This is normally caused by the removal of the germ, bran layer and husk which gives it the white color and increases its storage life.

As a result, the rice ends up having a high glycemic index and low nutrient levels. Some manufacturers artificially restore some nutrients but it’s still not sufficient. 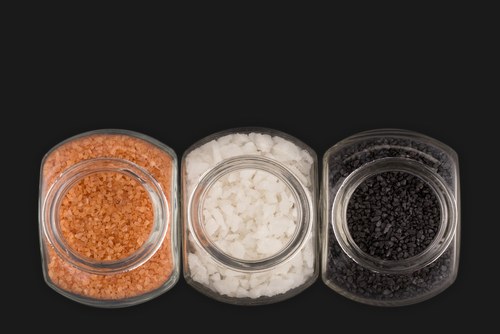 As you might know dark coloured rice comes in darker colours like black, brown or red. The color occurs because the husk and solid germ are not completely removed.

These two are usually removed completely in white rice to increase the shelf life. That’s why dark rice spoils faster.

The vitamins found in dark coloured rice include vitamin B, thiamine, calcium, vitamin E, selenium and magnesium. As a result, it is much healthier compared to white rice. It also has a nuttier taste to it.

Dark rice also helps to regulate cholesterol levels in the body. However, these benefits come at a price since darker rice is more expensive than the white variety.

Quinoa, which is pronounced KEEN-wah, is a highly nutritious seed that’s related to the chard and spinach family. Many people use it as an alternative to starchy grains.

Quinoa’s nutrient content is quite impressive. To start with, it is a complete protein since it contains a complete set of nine amino acids.

This is double the amount of protein found in rice. It is the least allergenic grain and has antiinflammatory properties.

In addition to that, it also contains magnesium, manganese, dietary fibres, calcium, vitamin E and vitamin B.

On the other hand, picking between dark colored rice and quinoa is more complicated. In the end, it all depends on personal taste since their medical benefits are almost the same.

It’s important to remember that all the starches we’ve mentioned here still have higher starch levels compared to crisp vegetables.

This means that “riced” cauliflower is the best option if you’re going for a low-carb diet.